Members of the Bishop’s Committee–all laypeople–serve as the leaders of the church and are lead by the Senior Warden.  They meet at the church (in the undercroft) on the second Sunday of the month after coffee hour.  Meetings generally start around 12:00 Noon and are open to anyone who wishes to attend. 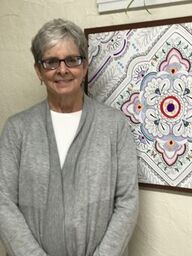 Krista Baker is in her first year of a three year term (2019-2021) and serves as Bishop’s Warden (lay leader of the congregation, and serves as a principal liaison between the parish and the Vicar).

Krista was raised in a military family and travel to many places as a child but considers Alabama home. She has a Bachelor of Science from Auburn University, Auburn, Alabama (War Eagle!). Krista worked at BellSouth (Telecommunications) for 27 years as a faculty engineer, programmer and project manager. Various other jobs included junior high school math instructor, and clerk and sales manager for a university based printing business.

The Catholic Church is the church Krista was raised in. After many years away from church she joined the Episcopal Church in 1986. Krista and her husband Tim have been members of Trinity since 2005. Tim and Krista share three adult children and three grandchildren from their previous marriages. Their family is scattered across Missouri, Florida, Alabama and Louisiana.

Why do you belong to Trinity Episcopal Church? 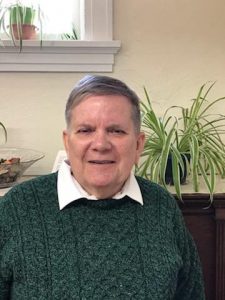 As Junior Warden, Gene is responsible for the upkeep of the parish buildings and grounds. Gene is in his second year of a three year term (2018-2020).

Gene is a Vietnam vet and served in the Army Guard officer for 24 years from which he retired as Lieutenant Colonel.

Gene has a Bachelor of Science in Education, his MA from Northeast Missouri State and his Doctorate from University of Missouri-Columbia.

Gene was raised in the Catholic Church. Gene and his wife Karen joined Trinity Episcopal in 1965. He and Karen were married in Trinity Church and they have been married for 52 years.  They have three grown sons, seven grandsons, one great granddaugher. 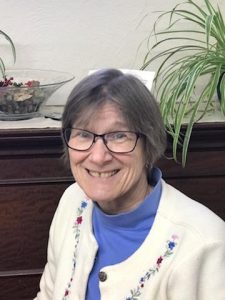 Julie Seidler, is currently an Episcopalian, however she was raised Presbyterian (the first requirement is knowing how to spell it!) and also attended a UCC church for a while. She started going to Trinity Kirksville because a friend attended and it seemed like home when she walked in. Also because it’s an Oasis congregation.

Julie has been a member of Trinity since 2007. This is her second stint on the Bishop’s committee. She served the church as a junior warden, a member of the Altar Guild, an alternate delegate to the diocesan convention, and now as a delegate, and sung in the choir.

Julie is 63 (she was born in St. Louis on the Sunday before “Labor Day”– she couldn’t wait to get out!), single, never married. Julie lives here in Kirksville with her two dogs, Katie, a little brown shelter dog, and Gizmo, a little white tripod rescue from a breeder.

Julie works as a software tester at Onshore Outsourcing in Macon. She also works part time at The Home Depot in the garden and paint department. Julie originally moved to Kirksville to teach journalism and mass communication at Truman, but the workload was too much, so she decided to look for other adventures.

Photography has been a big part of Julie’s life. She learned black-&-white at Wm. Woods College, when she became the sports editor for the newspaper, The Owl. Later Julie learned how to develop and print her own film and taught darkroom for community workshops. Now Julie takes photos for Trinity, although she admits it sometimes takes a while for her to deliver the photos.

Julie is also a public radio nerd (sustaining member of KBIA) and spends an awful lot of time on Facebook. 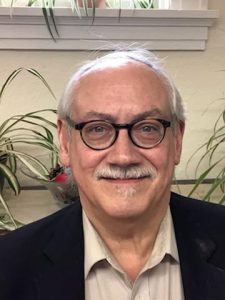 Ian Lindevald is in his final year of a three year term (2017-2019) and serves as Treasure for Trinity Church. Ian has been a member of Trinity for approximately 15 years. He was raised in the Lutheran Church in St.John Evangelical Lutheran Church in Holbrook, New York.

Ian is originally from Long Island, New York and has lived in Gettysburg, Cleveland, Munch, and Milwaukee before settling in Kirksville. Ian has a wife, Cindy, and a son, Daniel. He has also had many dogs and cats during his time.

Ian has a Bachelor of Science in Physics and Music from Gettysburg College in Gettysburg, Pennsylvania and a PhD in Physics from Case Western Reserve University in Cleveland, Ohio.

Ian enjoys reading and his favorite book is A Prayer for Owen Meany by John Irving. His other hobbies include playing bass and rock & roll in the band Deadwood, and puzzles of all sorts including crossword and Sudoku.

Ian would like to leave the world better than he found it and Trinity’s concern for social justice help him do that. Also he loves singing and the Trinity choir is awesome. Finally there are so many great people at Trinity of all ages. 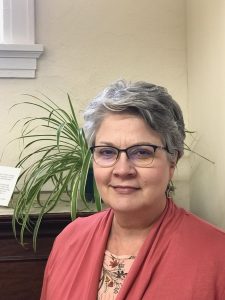 Laura Gruber Harden is a life long Episcopalian whose father was a priest in Alabama and her mother was the choir director at St. Timothy’s in Athens, Alabama for 40 years. Laura started singing in the choir as soon as her Mother would let her. She moved to Kirksville in 1987 when her husband accepted a position at Truman State University and started attending Trinity Church shortly after. This is her second term on the Bishop’s Committee. 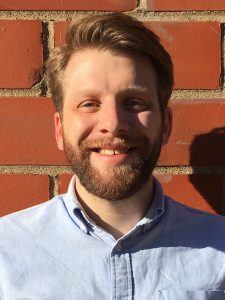 Jonathan Vieker began attending Trinity in 2015. He is originally from St. Louis, but moved to Kirksville as a freshman at Truman State (where he now works). A trumpet player by training, Jonathan holds a B.A. in Music from Truman State and an M.Mus. in Performance from the University of New Mexico. His hobbies include reading and writing about productivity and personal development, roasting coffee, and performing with the band Deadwood. He and his wife Sarah have two daughters. 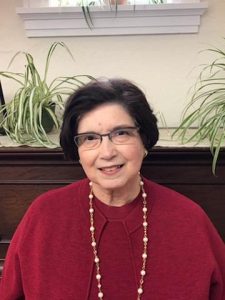 Hilda Epperson Hansen has served as Clerk of the Bishop’s Committee since February, 2018. She spent her adult life in Colorado and Kansas City, and returned to Northeast Missouri after retiring from a career in employee benefits management. She lives in La Plata, her hometown. Her college years were spent at Truman, back in the days when the school was known as Northeast Missouri State College.

Hilda has a step-son, Lou, in Florida, and a step-daughter, Lori, in North Dakota. She loves being Grandma to Lori’s three children. She reads widely, is learning to play bridge, and recently began sewing again after laying the hobby sside for several years.  Hilda is a fan of the Kansas City Royals and Kansas City Chiefs.

Hilda grew up in the Christian Church (Disciples of Christ) and was drawn to the Episcopal Church by the liturgical form of worship almost twenty years ago. She has been a member of Trinity since 2016 and appreciates the warmth and welcome extended by this small parish.