Thanks to a great deal of dedication, hard work, faith, and community support we have just completed an architect-designed addition to our historic building which has–for the first time since its 1917 consecration–made our beloved church accessible to those with mobility impairments.  With great joy we have welcomed back parishioners who were not able to enter when the sanctuary was not ADA compliant and we have been happy that a parishioner who uses a wheelchair can now serve as chalice bearer (see “Return of the Chalice Bearer,” Seek Magazine, June 2016, p. 22) . At the same time, we continue to explore ways to make our altar area accessible.  We are excited to continue broader and deeper discussions about what it means to be truly accessible to all and to seek and serve Christ in all persons.

(If you don’t have PowerPoint, you can view a PDF Version here.) 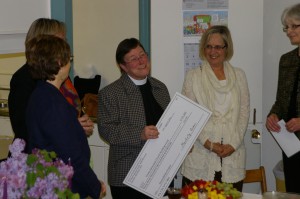 After reviewing plans provided by a Columbia-based architectural firm (Chinn Rother and Associates) specializing in the renovation of historic sites, and after consideration by both the building project committee and the Bishop’s Committee, an essential description of the project and its surrounding vision was presented in 2012. 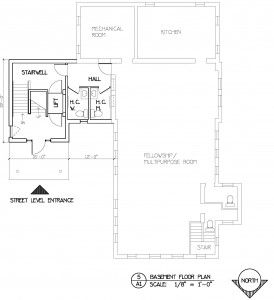 The construction project has expanded Trinity’s building to the east on both the main and basement levels.  On the main level, new construction added a new entrance facing north, including a lift between the sanctuary and the undercroft.  A mechanical room and accessible bathroom will were added.  On the lower level two accessible bathrooms  accompany the lift exit.  The former bathroom in the basement has been converted to a small office.  Grading of the lot between the church and the vicarage provides a gradually sloping entrance to the church that is wheelchair accessible and accessible parking spaces will be cut in from Harrison Street during 2016. 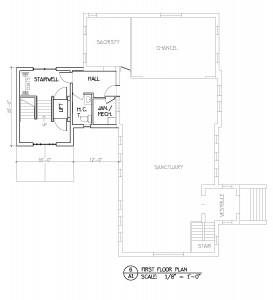 These plans are designed to allow for the eventual expansion of the building further to the east if growth of the church eventually warrants such expansion and fundraising enables it.  This expansion is not part of the recently completed project.

The primary objective of the new construction is accessibility.  Previously, individuals who were not capable of safely managing Trinity’s steps couldn’t visit the church.  Moreover, those who could enter the sanctuary didn’t necessarily feel comfortable using the undercroft because of the stairs.  The presence of a single, non-accessible restroom on the lower level also deterred attendees who could not manage the stairs or felt the restroom was not conveniently close.  Additionally, because the church only had one restroom, the capacity of the facilities to meet the needs of larger groups – particularly larger groups of children – was stretched. 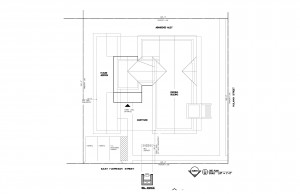 A secondary objective of the building project was to anticipate those needs that are a logical extension of increased accessibility and growth, and to design the addition to allow for further expansion later.  Presently, the Vicar’s office is in the vicarage.  A second phase of this plan anticipates office space in the church, providing a more appropriate venue for the Vicar to meet with parishioners and members of the community in need.  Additional rooms would allow for space that could expand our educational and outreach functions. 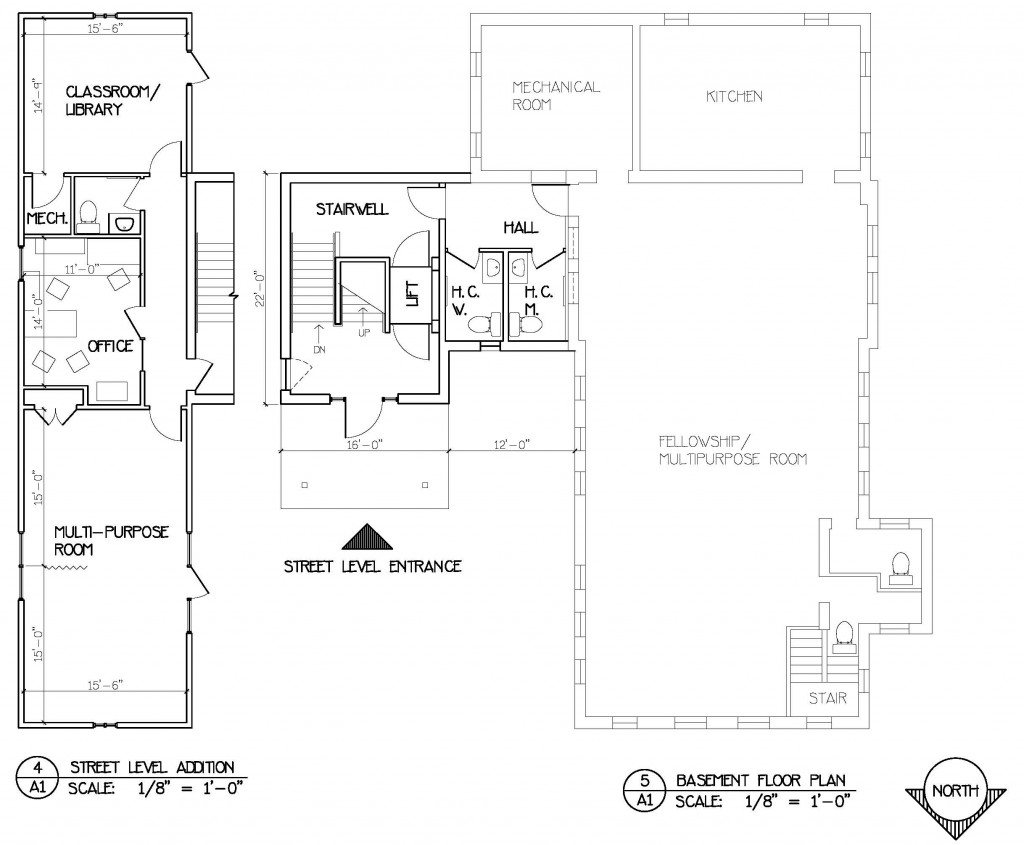 The Bishop’s Committee recognized that part of having a vision for the future involves having a sense of the possible.  The members of Trinity acknowledged for some time that the church needed to be made accessible.  While smaller-scale, lower-technology renovations could have been undertaken that would address the basic issue of accessing the building and reaching the undercroft (such as ramps), these strategies did not tackle the issue of expanded accessibility to lavatory facilities, nor the added space needs that would be the logical outgrowth of a church that is more open to a broader population of visitors.  Indeed, the philosophical extension of added physical accessibility is an expanded mission that builds upon Trinity’s theological and social openness to initiate programming that opens the church to more people from the community.  The construction described here represents an appropriate balance between addressing immediate needs and anticipating the needs of the near future.

Based on an initial survey of the congregation it was determined that funds were sufficient to engage in an initial phase of construction focused on accessibility.  It is hoped that a subsequent phase will eventually allow for the construction of additional multipurpose facilities and office space.